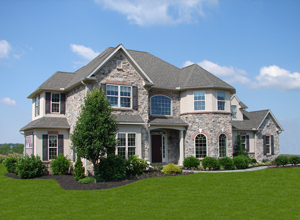 Since its founding in 1992, Keystone Custom Homes has established itself as a vital presence in the central Pennsylvania and northwestern Maryland housing markets. Having won multiple awards throughout the years, including being named “American’s Best Builder,” three times, the builder is now excited to announce that it was recently ranked as one of Central Penn Business Journal’s Top 100 Private Companies and Top Performing Builders.

Keystone Custom Homes’ success is driven by its simple philosophy to build above and beyond not only for its customers, but also for its team members and the global community. One way the company honors this philosophy is by donating a percentage of each home sale towards HOPE International, a non-profit charitable network of microfinance institutions founded by the builder’s CEO, Jeff Rutt.

Today, the home builder is building and selling homes in 44 communities in Chester, Cumberland, Dauphin, Lancaster, Lebanon and York in Pennsylvania and in Cecil and Harford in Maryland. Home pricing starts from the low $200,000s, and homes boast open, livable floor plans and features designed to meet the needs of today’s buyers. Common features in these homes include large fireside family rooms, gourmet kitchens with breakfast nooks, relaxing master suites with spa-like bathrooms and flex rooms that can be used as guest suites, media rooms, home offices and more.