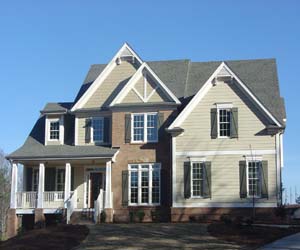 Baseball, apple pie and homeownership have long been seen as the cornerstones of America. But could the American Dream of homeownership be another casualty of the housing crisis? According to the

Equifax Personal Finance Blog it is. Apparently the number of Americans who believe owning a home is a safe investment has fallen, which could impact the demand for housing during a recovery.

Housing Market Predictions: Where Did the Recovery Go?”  by Steve Cook of Real Estate Economy Watch. Cook discusses the idea of a double-dip in the housing market, illustrated by a 9.6 percent fall in February home sales from January levels and further declines in home prices. In fact, he says that the Federal Housing Finance Agency reported that January 2011 home prices were at their lowest level since May of 2004 and 16.5 percent lower than their highest level in April 2007.

With those figures in mind, it’s easy to understand why many Americans no longer see a home investment as a wise one. Cook predicts the number of uninspired Americans – when it comes to the buying-a-home portion of the American Dream – will make a big difference when recovery comes around.

The numbers look like this: In 2003, 83 percent of those surveyed by Fannie Mae believed that buying a home was a safe investment. In January 2010, the number had fallen to 70 percent. In 2011, only 64 percent – almost 20 percent fewer than 2003 levels – find home ownership to be a safe place to spend their money. If Americans invest according to these views, the numbers mean that the recovery will have to take place in an environment where there is substantially less demand for home ownership. For this reason, Cook predicts “an entirely different real estate economy than the one we remember” once the recovery happens.

Cook’s article contains additional statistics and predictions, including that recovery will take place according to specific markets (not regionally) and that the foreclosure era will eventually end (though he doesn’t know when). To find what factors he considers important to recovery in those markets, visit the

Equifax Personal Finance Blog.  Then let us know if you’re seeing what Cook has observed. Do you think the number of people dreaming of owning Atlanta real estate has fallen?